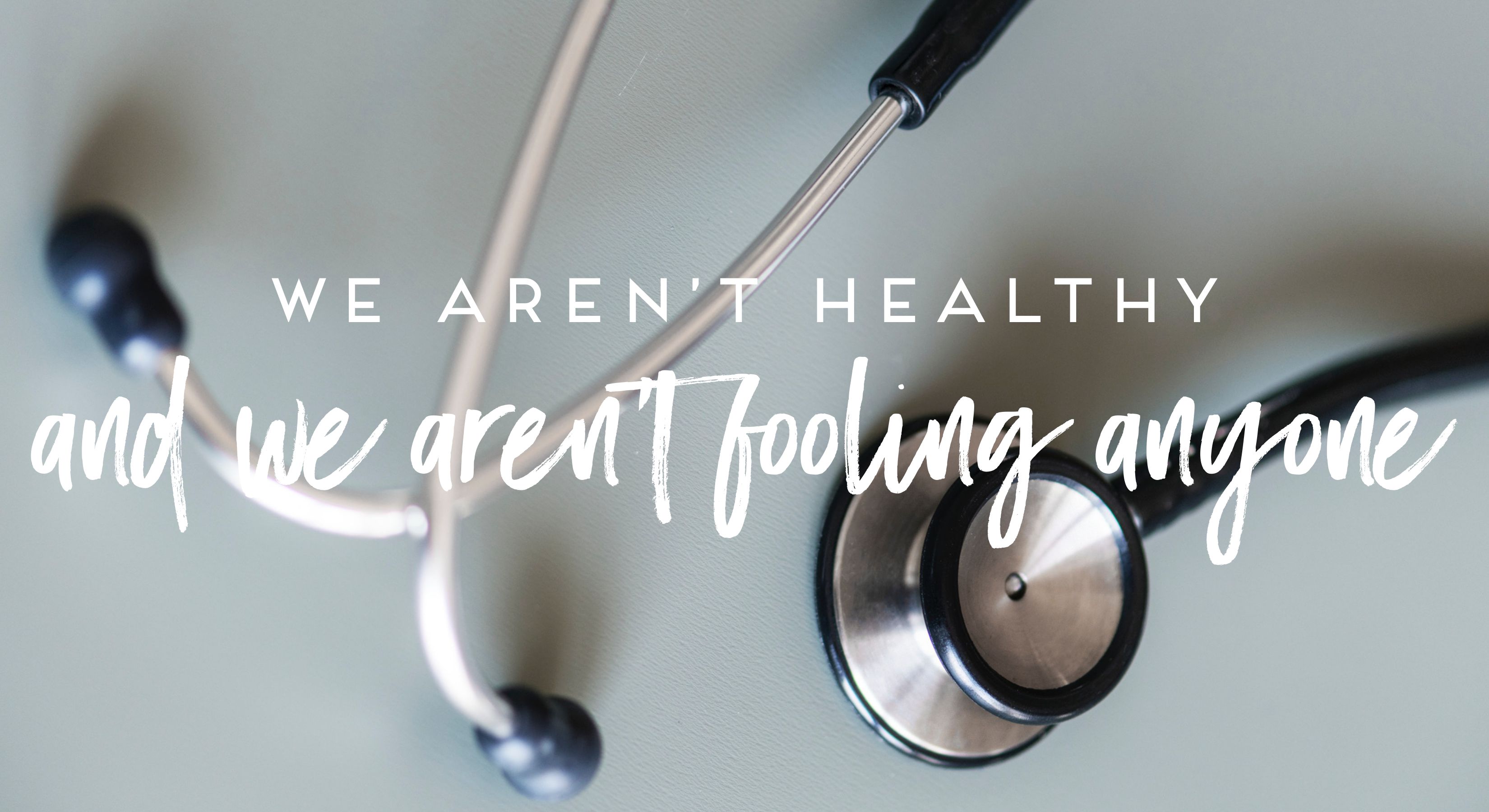 I’m troubled by what’s happening in my denomination. I was born and raised in a Southern Baptist Church. I’ve been a Southern Baptist all my life. I’ve watched our denomination go through the Conservative Resurgence and a return to the inerrancy of Scripture. Yet, there are issues that can’t be ignored and problems that won’t seemingly go away.

After a recent trip to Israel, I was reminded how religion can dilute or ultimately destroy us. Religion is about rules. Christ is about relationships. We’ve got more rules than Congress. We’ve got committees, studies, boards, committees, boards, committees, boards, and, did I mention, committees and boards. Yet, when given the opportunity to reflect the growing diversity of our denomination, recent recommendations reflected an old south, white guy religion of days gone by. At least I thought they were days gone by. Apparently, old ways die hard.

Recently our local association voted unanimously to disassociate itself with a church that was acting in ways that could only be defined as racist and hateful. There was no desire for a mediator or reconciliation. The only choice left to our local leaders was to send the message that we want no part of that kind of church in this local cooperative association of churches.

I’m not a denominational guy. I’ve never gotten into trying to be on boards or platforms. God has allowed me to serve the IMB as a trustee, to speak at a few of our colleges and seminaries, and to serve as President of the SBC Pastors’ Conference. That being said, I never sought those positions. My plate is full pastoring a local church. I’ve got all I can say grace over. At the same time, my heart aches when I think about what we could be as a denomination. So, I have a few recommendations.

1) We need a purging and a revival that clears the path for people to see past skin. I’m sure this will get fixed, but we are in the 21st century – it should have been fixed decades ago. We are one in Christ. In Christ, there is no Jew or Gentile, slave or free, male or female. All are one in Him. It’s one thing to say that, but it’s another to model it. Only revival will clear away prejudice, self-righteousness, arrogance, and prideful religion and rules.

We are having what amounts to a political campaign for the office of president of the Southern Baptist Convention. This troubles me on multiple levels. It has divided friends, caused many to make caustic and derogatory remarks, and gotten us in the muck and mire of politics. I believe we can be for a candidate without being political and against another candidate. The current mentality smells of “I am of Cephas, Apollos, Paul….” and that’s not healthy. In fact, it’s carnal. While I believe one candidate will position us for engaging the next generation of leaders better than the other, it’s not healthy for our witness to a lost world to look like the Republicans and Democrats.

2) Stop the politics. No more cheap shots. Vote for your guy, and pray for the other guy too. We need to come out of this united, not divided. It is increasingly apparent to me as I get closer to the finish line that we aren’t doing a great job of passing on our heritage. Most young pastors have no clue who men like Adrian Rogers, Ron Dunn, Manley Beasley, and Vance Havner were. They have no idea about the impact of Ms. Bertha Smith on our foreign missions. While I agree that every generation has its leaders and heroes, I don’t think it’s wise to create a culture which implies that nothing significant happened before I showed up on the scene. Eventually, people are forgotten. But the Jewish people have something to teach us here, as does the book of Hebrews. They often rehearsed their history and their leaders. They passed on to their children memorable stories of God’s faithfulness and God’s leaders. Men and women were honored for stepping in and leading, speaking, and serving in times of need.

Start a required class in every seminary on the great leaders of our faith. Years ago, I did videos of men like Ron Dunn, Don Miller, Bill Stafford, Lehman Strauss, and others. I sat down with them to interview them about life and ministry. I still glean from these lessons learned from my “conversations with the giants.”

3) We are a prayerless denomination. There is no national prayer leader for Southern Baptists. There are para-church organizations and speakers who do a great job of talking about the necessity of prayer, but our convention has no such recognized leader. If there is one, we don’t know what to do with them. We’ve canceled prayer meetings in most of our churches. Or, the prayer meeting is relegated to the hospital list. We have pockets of churches that have vital and vibrant prayer ministries, but they are the exception, not the rule. You would think that a denomination that believes in the inerrancy of Scripture and has studied the impact of prayer in Acts and the writings of Paul would be able to step up our game by getting on our knees.

If we are going to have committees for everything else, form a study group at the next convention to lead our denomination to upgrade our emphasis on prayer. Make it tangible on our college campuses and seminaries. Make prayer retreats a part of the agenda for all our boards and entities. Totally change the annual meeting, as Ronnie Floyd did, to include at least one morning, evening, or afternoon as a concert of prayer.

4) Bring multi-generational pastors together in smaller groups to encourage intimacy, dialogue, and interaction that can’t happen in arena settings. We are in a generational shift. The guys my age, many saved during the days of the Jesus Movement, have retired or are approaching retirement. The baton is being passed. We aren’t always doing a great job of handing off the baton. I think some folks retire too early. I also think some just hang on and coast to the finish line. If we are just coasting, we need to get to the rest stop as quickly as possible and change drivers. If we are engaged, casting vision, and preaching with passion, we need to take some young pastors and develop relationships with them. I’m blessed to pastor a church that is planting churches. We’ve got some incredible young pastors who are leading those plants and leading well. I want to intentionally help them to be successful. I want to be one of their greatest cheerleaders.

We have some seasoned saints who are still with us. We need to ask them to help us cross this river. While we have men like Tom Elliff and Jimmy Draper and others, we need to have meetings in every state where there is a partnership between NAMB, IMB, state conventions, and others where these men of God can invest in, teach, and train the next generation of leaders. I’ve had Tom and Jimmy do that for our staff in recent years. Their insights gained through decades of faithful leadership have been a gold mine of lessons learned and traps to avoid.

We are also drawing theological and doctrinal lines that I believe are becoming unhealthy. It’s become an “us versus them” mentality. We’ve got people fighting over doctrines and definitions of salvation. I don’t want to oversimplify here, I am from Mississippi and I have to keep it simple. Bill Clinton said, “It’s the economy, stupid.” Can I just say, “It’s Jesus”? We are labeling people we don’t even know. We are building camps, conferences, and caucuses for our side of the debate. I have friends who are Arminian, Calvinist, Reformed, and various other flavors. All of us agree on one thing: Jesus is the only hope of the world, and the gospel must be shared with everyone, everywhere, in every way possible. Salvation from beginning to end is Christ alone. None of us are going to stand before the throne of God and hear Him ask, “Were you a Calvinist? Reformed? Arminian?” We will all bow before Jesus as Lord. Jesus wears no labels. He won’t wear your t-shirt or argue systems of thought. He will call for absolute surrender to lordship. If we get right on lordship, we’ll get right on other things as well.

5) Remove the labels. Simply be a Jesus follower. Tell people about Jesus. Love Jesus with all your heart, soul, mind, and strength. Love your neighbor as yourself. Labels don’t help us reach the lost. Our baptisms are decreasing numerically. This is a time to focus on the Great Commission, not my great opinion and interpretations.

I think I’ll stop now. I realize I’m rolling a rock uphill. I have no agenda. I can’t save this denomination and neither can you. In reality, we’ve done some things that have turned off the younger generation. We’ve taught them bad habits and given poor examples of statesmanship and legacy leadership. It may be that the day of Southern Baptists is coming to an end. Maybe the boat is taking on water and it’s destined to sink. Jesus didn’t die for a convention; He died to set captives free. Some of us are saved, but still captive to old ways of thinking. If this boat sinks, I don’t want to be the false prophet who says what people want to hear. I want to at least put my thoughts out there about what we (in my opinion) need to hear.

More than anything, I’m asking, can we get on our knees and take these unhealthy situations to the cross? Can we die to self? Can we put our denomination on the altar? Can we lay aside fleshly agendas for a kingdom agenda?

The enemy is mocking us. The world is ignoring us. Jesus is weeping.