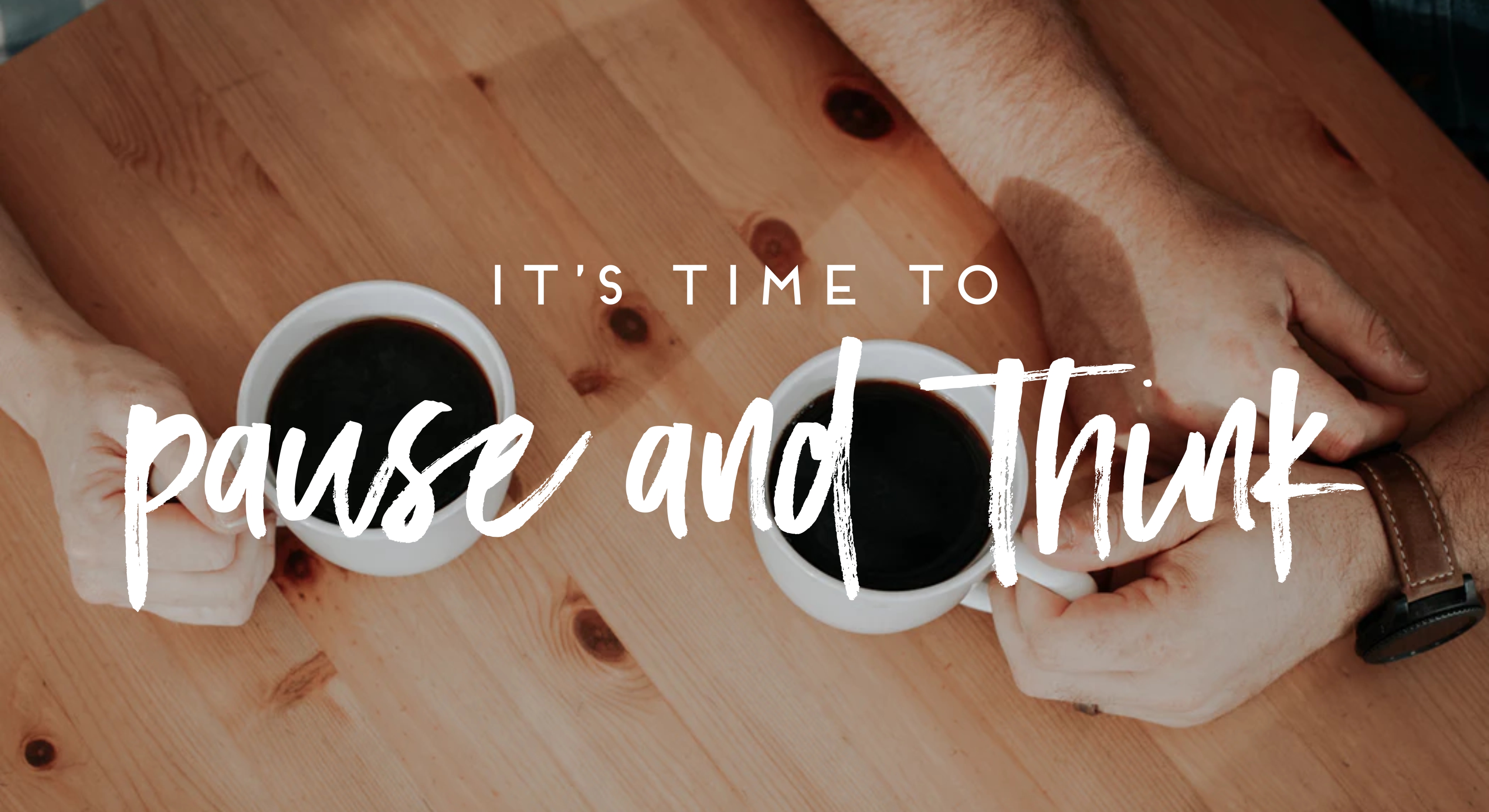 I want to finish well. When I stood as a young man in front of Vance Havner and sang a solo of I Have Decided to Follow Jesus (“…though none go with me, I still will follow, no turning back…”), I meant it. I still mean it. It’s not always easy. The world, the flesh and the devil all lay down obstacles on the path. It takes the work of the Holy Spirit and the prayers of the saints to make it through some days.

I’m in my mid-60s. Obviously, I have less time ahead than I have behind me. Yet I refuse to be one of those who whines all the way to the finish line. I reject the idea that only my generation has all the answers. I decline to embrace the “let them wait their turn” mentality. My role is to invest, encourage, embrace, applaud, and help any and all I can.

I will admit that I don’t always do a great job in this. It’s been my privilege to invest in hundreds of pastors through the ReFRESH® Conferences. We’ve traveled from Albany to Alaska to Boston and sites in between. At every conference, God has allowed us to pour into pastors of all ages – some older who are discouraged, some younger who are being beaten up by older congregations that would rather die than change. In every conference, we repeated the theme that the key to ministry is depending on the Holy Spirit, building a culture of prayer, and crying out to God for revival.

Our prayer regarding ministry must be according to His Word, according to His will, according to our need, and according to our faith. My generation has fought the battle for biblical inerrancy. We didn’t have the courage to fight the battle for relevant worship. So, we have churches still arguing over hymns versus choruses when the world is going to hell faster than a speeding bullet. My generation could have broken the curse of deacon boards and power groups, but we didn’t want to get in the battle or stay in the battle long enough to win the day. My generation didn’t have the courage to say to a church, “We will not recommend a pastor to you. Your church is full of people who suck the life out of preachers. Deal with your carnality, and we might consider giving you a preacher’s name for consideration.” Why would I recommend a friend to a church full of jerks?

Over time, too many of my peers have accepted mediocrity. We don’t have miracles because we are content with mediocrity. We lack power because we don’t pray. Ministry has become a monotonous routine of predictable bulletins and announcements. As Vance Havner said, “We might pray for rain, but we don’t carry an umbrella.”

Recently, our convention has gone through another crisis. Our God is so small that we let anything and everything divert us from the main thing. Sometimes we need to address the elephant in the room. Sometimes we need to go around the stump. Again, Havner said, “A Bulldog can whip a skunk, but it’s not worth it.” We now feel the freedom to attack pastors who are baptizing thousands, sending hundreds to the mission field, and planting churches at a rapid pace. The audacity of such a position reminds me of Corinth, not the church in Acts. This generational nonsense has become “I am of Paul” or “I am of Apollos,” and none of it is of Christ.

I agree with the sentiment expressed by a younger pastor, Scott Douglas “Is this really the way you want to go out? . . . Don’t go out like this. Don’t sacrifice an entire lifetime of faithful service and personal cost. Don’t give up an entire generation of labor and honor…” (http://www.scottmdouglas.com/blog/a-plea-to-our-predecessors)

My generation needs to stop whining about the new generation of preachers. We raised them in our churches. We sent them to our biblically inerrant seminaries. But we must remember, we also didn’t help them because we feared addressing our giving base and power bases in the local churches. The autonomy of the local church should never mean the Association or the state overlooks godless, carnal, preacher-killing churches. Until we exercise church discipline in some form, there will never be change. Autonomy shouldn’t mean ignoring the issues that are eating up preachers, churches, and families.

While my generation has proposed a zillion methods of better evangelism, we aren’t doing a better job of reaching the lost. Methods won’t reach the lost. Hot hearts for the gospel will reach the lost. While we try to prop up 20th-century structures, I think it’s time to go back to Acts 2 churches, which means we have to evaluate our churches by Revelation 2-3. How far have we fallen? What needs to be changed?

There are people in my generation and older who have been shining stars for investing in younger pastors. Men like Tom Elliff and Jimmy Draper have given their lives to pastors, younger leaders, evangelism, and missions. They have stayed in the battle. In my generation, we have some great men who understand we aren’t going to be here forever. We need to pray and plan for effectiveness, not convenience or comfort.

Johnny Hunt proposed the Great Commission Resurgence. Our denomination embraced it, but we haven’t all applied it. Why not? As I said to Johnny, who is a great friend of mine, “We need this. But until we have a great Christ-centered repentance and a great Christ-centered revival, we will not have a Great Commission Resurgence. Carnal people don’t care about lost people.” Johnny prepared us to be better at missions and evangelism. We have to lead out of repentant and revived hearts.

Ronnie Floyd set us in a position to focus more on prayer. The prayer meeting is almost extinct in the average church. When churches do pray, it’s mostly over physical needs, not spiritual. Ronnie has called us to pray for revival and awakening. His leadership of the National Day of Prayer is evidence that we have leaders in my generation who get it and own it.

Years ago, a great older man of God got to the point where he was no longer effective. He was repeating himself over and over. I had to confront him, and he had asked me years before to do so. He said, “If you ever see me getting to the point where I’m not what I’m supposed to be, tell me before I hurt my testimony.” I did. It cost me a friend.

What happens on my watch is my responsibility. I am accountable for my watch. I am accountable to pass the baton to others. When I get to the point where I can’t lead, I must cheerlead. I think we always need to be anchored to the cross. The Scriptures are as relevant as tomorrow’s headlines. The Bible speaks to our times and our needs. Social media is destroying our ability to sit down and talk to one another.

So, here are some closing thoughts for my generation and for younger pastors.

1) “They” won’t do it like I do. That’s okay. Get over it. God didn’t die and make any of us king. There are no vacancies in the Trinity.

2) Guard the truth, but quit confusing truth with tradition. Don’t make being a Baptist more essential than being biblical. We like to quote Spurgeon, but if he ran for President of the SBC, someone would say he wasn’t qualified because of his theology. Lighten up, brethren.

3) Give some breathing room and the benefit of the doubt. We now have church plants in 11 Send cities and plan to be in each of the 32 cities in the next few years. These men will have to do it differently than I do in Southwest Georgia. Recapturing the inner cities that we gave up with white flight and convenience Christianity isn’t going to be easy.

5) Pray for those you disagree with. Pray for every pastor to have the power of the Spirit in their preaching. Pray for fire in the bones and tears in the pews.

7) Stop trying to stir the pot. Instead, sit down with a brother and share a meal. Get to know them. Believe the best about them. Yes, there are heretics and liberals out there. But don’t throw everyone in the same basket. There are crazy conservatives out there who are more legalist than biblical. I don’t want to be thrown in with them. I shouldn’t throw a younger pastor in the pot of the liberals’ social gospel stew.

For me, I want to finish well. I want to pass the baton, when the time comes, to another generation and applaud their efforts. We need to stop shooting at each other. Yes, with age and experience comes wisdom. But it also can make us cantankerous if we aren’t humble in heart, bathed in prayer, and walking in the Spirit.