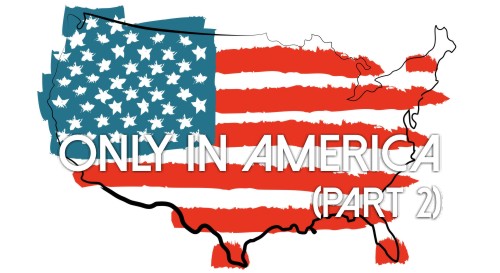 The world needs Jesus. They’ve seen too many caricatures of Christ. This world at her worse needs the church at her best. The church at her best is not about performance, being cool, or a tip in the offering plate. It’s about laying ourselves on the altar, dying to self, and rising as a living, breathing example of the life-changing power of Jesus Christ.

This world is threatened by the true gospel of Jesus Christ which sets captives free. Apparently Jesus is a problem in America. He says you can’t find peace, hope, and joy in a perverted, self-absorbed view of life, and that troubles the elite and offends our enemies. Therefore, any semblance of faith that expresses itself in a conviction deeper than a puddle must be silenced.

Before we get on our high horse, let’s remember that at this point they are only mocking us and trying to shut down our bakeries and pizzerias. The day is coming when they will want to silence the pulpit and close the churches. It will happen. Why? Because as Ron Dunn said, “We aren’t the stuff of which martyrs are made.” We don’t have the guts, fortitude, or depth of faith to stand up for what we say we believe.

Like the Christians in Germany, we will be silent while the Jews are being murdered by the millions. We will sing our hymns a little louder, turn the volume up on our band, have a little smoke on the stage, and make sure the preacher is hip and relevant so we can cover and ignore the cries of those who are giving their lives for Jesus. Their faith means something to them. Ours is limited to a couple of hours a week that make us feel good.

In a recent article by Janie B. Cheaney in World Magazine she writes, “Personal ‘drama’ rules the lives of young and not-so-young people who see themselves as the stars of their own soap opera. Most are women, but men frequently and dramatically swear off drama, only to come back for more of it.”

Cheaney continues, “One’s gender is now limited only by one’s imagination (or the 50-odd varieties of gender now offered on Facebook, plus one fill-in-the-blank.” She titled this article “Year-round silly season,” and she’s right. It’s silly, insane, and I believe a warning light flashing in our faces that we better get serious about being Jesus in this world.

“While the Middle East burns, the internet explodes for about five hours over the color of a dress,” Cheaney adds. Hey folks, grow up. Get real. Measure yourself by the New Testament. Jesus didn’t post pictures of His food; He fed people. Jesus didn’t take selfies on a mission trip; He healed people. Jesus didn’t offer sound bites to the pundits; He called them to repentance. It cost Him, and it will cost us. But for heaven’s sake, why are we here if not to be the hands and feet of Jesus.

In closing Cheaney writes, “He will have a crowd, but only on His own terms. Not because He’s arbitrary and autocratic, but because those are the only terms. He’s everything we honestly love, but also everything we’d like to avoid, like accountability. . . . The cross rebukes. . . . He still and will always take us more seriously than we take ourselves.”