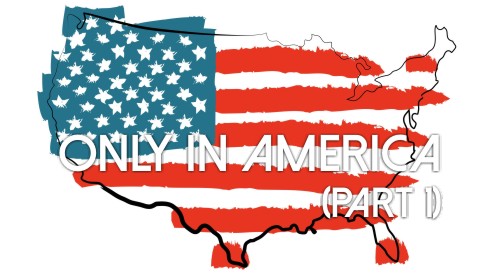 This is the day of silliness. We’ve gone from a great country where people immigrated to this land of opportunity, to a nation divided by special interest groups and self-centered agendas. We are in a new cultural civil war – a war with no boundaries, where slander, intimidation, and social media are the weapons of warfare.

In this war, all our enemies have joined forces to fight one particular group: Bible believing, God fearing, moral people. Whether Baptist or Catholic, it doesn’t matter. We are now the enemy. Churchgoers are now the outcasts, the insane, those to be mocked, shunned, and criticized for having any convictions that differ from the liberal elite who think they are gods of destiny.

It doesn’t matter that real terrorists have taken control of the narrative around the world. No thought is given to the fact that there were 12,000 acts of terrorism around the world in 2013, and 70% of those were committed by radical Islam. Today, the enemy is a Christian baker or someone who owns a pizza shop who happens to be a believer in Jesus Christ.

Are these bakers and florists a threat to our Constitution? To the American Dream? Do they endanger free expression? No, they just have convictions. They see life in terms of moral absolutes. Therefore, they must be silenced or run out of business. To simply disagree is not enough for the Agenda of the self-absorbed. Those of us with convictions to build hospitals, support orphans, rebuild communities, feed the poor, and love people must be controlled or, better yet, silenced.

While the enemies of faith have joined forces in battles of theory and opinion, people who name the name of Jesus Christ are being slaughtered in many lands. Christians are being singled out and beheaded. Martyrdom is on the rise.

Meanwhile, back in the nation of a free press, freedom of speech, and freedom of religion, those with agendas of hate and arrogance are silent. They care nothing about speaking out for women’s rights among Muslims. They are silent on sex trafficking and exploitation. How can they be silent in the face of such persecution of innocent people? Because they are the same ones who applaud killing babies in the womb.

Their worldview gives them the right to be arrogant, indifferent, uncaring, and narcissistic. The “free press” cares nothing about churches, ministry, or a cup of cold water in the name of Jesus. They only care about stories related to the church when one of our own falls into sin or is caught in a scandal.

Only in America could we provide the enemy with ammunition to shoot us. We applaud a prosperity gospel which only makes the preachers prosperous. Jesus would have rebuked that thought in a New York minute. But not in America. Why? Because prosperity preachers and those who are in it for the money aren’t offensive to the elite because they are light on sin, applaud self-centered materialism, and promise blessings for all. This so-called “gospel” is not offensive to the world; they just write it off as silly religion. Here’s the fact: If it doesn’t work in a third world country or in the face of persecution, it’s not the gospel – it’s a perversion of the gospel.

What the world needs to see from us is what the world is witnessing in many ways today – Christians who are unashamed of Jesus. That’s how the good news spread across the known world in the book of Acts. In a time of persecution, the church flourished. The blood of the martyrs is the seed of the church. That’s a far cry from “make your seed faith pledge to send me money and God will bless you.”