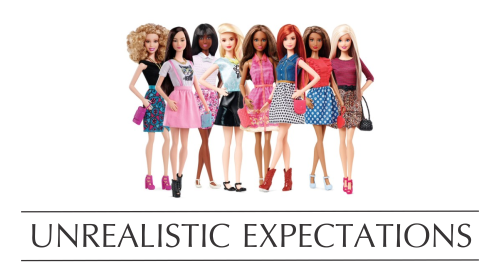 We live in a world that expects perfection. We expect it of our athletes, preachers, coaches, leaders, and ourselves. The only problem is that perfection is impossible. It’s unattainable and unrealistic.

Think about coaches. How many are second-guessed on their play calling by “fans” who sit in the stands and couldn’t coach a winning team on a video game. Coaches are called on to make split-second decisions depending on personnel, weather and field conditions, injuries, score, time on the clock, and their opponent. It’s not an easy task.

How about athletes? There’s never been one that hasn’t fumbled the ball, dropped a pass, or missed a tackle. There’s never been a baseball player to hit .500 (We elect men to the Hall of Fame who bat a consistent .300, which means they strike out more often than not!). Hall of Fame basketball players have missed more shots than they’ve made. Boxers eventually lose a fight. NASCAR drivers don=t win all the races they enter.

How about preachers? It’s impossible for every sermon to be memorable. Preaching is not an effort to top last week’s message; it is an exercise in faithfulness. No preacher can live up to the unrealistic expectations of the congregation. It’s an attempt in futility, birthed in trying to be a people pleaser.

How about churches? Some folks change churches like they change clothes. They church hop and shop, seldom happy with the church they joined that was once “the best church we’ve ever been a part of.” Far too often, they expect the church to do their parenting for them. They also expect the church to fix their problems, their marriage, their children, and their finances. All the while, they show up maybe half of the time, don=t tithe, and don’t serve, yet they want it to be all about them when they do show up.

How about celebrities? They age, so they get facelifts, Botox, and myriad surgeries, to the point that many become unrecognizable. Celebrities often refuse to embrace their aging, and we refuse to let them age gracefully. Watch television or shop online and you’ll find billions of dollars in cosmetics that promise to make you look younger, make your skin firmer, reduce wrinkles, take away age spots, and flatten your tummy. They boast that you can have an unattainable, unrealistic look.

Culture has placed in the minds of our children and adults an ideal that is impossible. We’ve become the suckers of the side-show, the clowns of the carnival, and the dummies of the diet culture.

In her book Airbrushed Nation: The Lure & Loathing of Women’s Magazines, Jennifer Nelson writes, “The message being sent is that you, dear reader, are in need of resizing, fat-blasting, and age-defying. And it doesn’t stop there. Every month, from every cover, the magazines scream some new directions that assume you’re not good enough as you are: ‘Get Thinner,’ ‘Get Prettier,’ ‘Exercise More,’ ‘Quit Looking Your Age,’ ‘Younger is Better,’ ‘Thinner is Better.'”

The lie of it all is that the photos in magazines are airbrushed and touched up. This is NOT what these people really look like. They have professional makeup artists and professional photographers with professional lighting. Then they are photo shopped, cropped, and clipped to look far better than they really are. It’s built on a lie and deception and, unfortunately, it sells.

In 2011 The American Medical Association said, “We must stop exposing impressionable children and teenagers to advertisements portraying models with body types only attainable with the hope of photo editing software.”

In 2011 Glamour Magazine did a study that revealed 97% of women have thirteen negative thoughts a day about their bodies. One psychologist said, “Neuroscience has shown that whatever you focus on shapes your brain. If you’re constantly thinking negative thoughts about your body, that neural pathway becomes stronger – and those things become habitual.”

Why are we here? Because we are driven by unrealistic expectations. As the dad of two girls, I always wanted to watch and make sure the industry wasn’t driving the message of worth, value, and beauty. I wanted my girls to know that Christ alive in them gives them a countenance money can’t buy. I wanted them to see themselves as Christ sees them, not in the eyes of some hormone-driven boy.

If Christian parents don’t get a handle on this, we are going to raise the most insecure generation the world has seen since the days of Rome. We are already in trouble. We must get off this merry-go-round of unrealistic expectations.

Now why is this important? Because the end results are disastrous. In a 2012 survey of 85 working fashion models, with an average age of 26, the survey revealed:
• 76.5% have been exposed to drugs or alcohol in their work environment.
• 68.3% suffer from anxiety and/or depression.
• 64.1% have been asked to lose weight
• 31.2% have eating disorders.
• 29.7% have had someone touch them inappropriately in the work place.

We are creating a generation of children, leaders, athletes, models, churches, pastors, teenagers, and parents that cannot meet up to all our unrealistic expectations. It’s time to stop and learn who we are in Christ. If a person is secure in their relationship with Christ, they won’t cave to the culture or the pressures to be someone they aren’t.