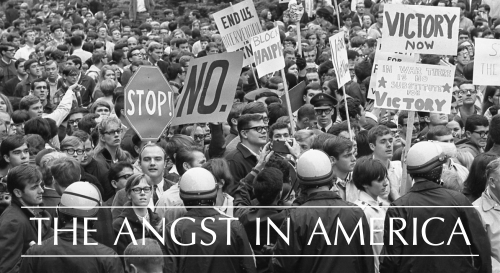 If you keep up with current events, you know that the American populace is increasingly frustrated. No matter your political persuasion, it is painfully obvious that our national leaders don’t know what to do. This fact was stated in the Old Testament at a time of national crisis. The sad reality of our 21st-century leaders is that they are unwilling to say, “But our eyes on are You.”

The pride of power has corrupted the minds of our leaders. The arrogance of self-righteous, self-sufficiency has given us leaders who are more concerned about their power than the people. The average American is frustrated at best. Most are angry. That anger is seething and boiling, some is coming to the surface, and much is revealed in how we talk back to our television newscast.

When anger fills the mind, wisdom departs. Anger is just one letter short of danger. Someone has said, “Sharp words make more wounds than surgeons can heal.” When I hear the rhetoric, venom, caustic cynicism, hateful attacks, and lack of civility in our presidential candidates I want to throw all the bums out. This is the sorriest bunch of so called leaders we’ve had in my lifetime.

The thing that angers so many is that we’ve elected people to represent our morals, values, and core beliefs, and they’ve done nothing to change the culture. Every sin and vice known to man is on the rise, not on the decline.

Currently, I’m disgusted at the rise in racism in our nation. I haven’t seen this kind of angst since the early days of the Civil Rights Movement. I’m grieved by the hatred exhibited toward law enforcement officials who are underpaid and overworked. I’m concerned about the lack of support for our military.

This election will not fix one of these problems. The problems we face are bigger than politics. These are spiritual problems. When a nation forsakes God, it turns in on itself and destroys itself. We are seeing a landslide of losers who offer solutions to problems they won’t fully acknowledge. Nor do they seek help from heaven. Meanwhile, back at the local church, we mindlessly sing “Victory in Jesus” or our favorite praise song. When we hear a song we really like we raise our hands or stand to our feet. What we need to do is hit our knees.

We are on our way to captivity and a land we will not recognize. Maybe then we will wake up. The Psalmist wrote about a time when Israel was in captivity “By the rivers of Babylon, there we sat down and wept, when we remembered Zion. Upon the willows in the midst of it we hung our harps. For there our captors demanded of us songs, and our tormentors mirth, saying, ‘Sing us one of the songs of Zion.’ How can we sing the Lord’s song in a foreign land? If I forget you, O Jerusalem, may my right hand forget her skill. May my tongue cling to the roof of my mouth if I do not remember you, if I do not exalt Jerusalem above my chief joy.” (Psalm 137:1-6)

America is becoming a foreign land. No, I’m not talking about immigration. I’m talking about a land established for freedom of religion. A land founded by rugged Puritans with a work ethic. A land where the founding fathers, not all of them Christians, understood the importance of honoring God and building our laws on the Ten Commandments.

My humble and accurate opinion, which I highly respect, is that it’s not happening because we aren’t desperate. We are “rich and in need of nothing.” Until we get desperate, we will continue to stand in the quicksand that is going to kill us and pretend we’re on the beach in the Bahamas.

When revival comes, we exchange a form of godliness for a faith with living power. My hope is that we are on the verge of another revival and Great Awakening. How can I have such hope? Because in the days of the Jesus Movement, America had rioting in the streets, racism, segregation, Vietnam demonstrations, assassinations, and political corruption.

I feel like I’m reliving my youth. I hope I’m about to see another move of God. If we want to see a work of God, we have to be desperate. We must return to prayer. We must preach the Word without apology.

Bob Cotton says, “No true revival has ever fed the ego of man or encouraged superficiality.” We’ve had enough ego to last a lifetime. We need humility. Until we get honest about our spiritual condition in the church, we will not see a change in the spiritual condition of our land.

Charles Finney wisely noted, “Revival is nothing else than a new beginning of obedience to God…a deep repentance, a breaking down of heart, a getting down into the dust before God with deep humility, and a forsaking of sin.”

If we want to dial down the rhetoric and diffuse the anger, it will begin when the pulpit and the pew begin to cry out to God – “Lord, we don’t know what to do, but our eyes are on You.”