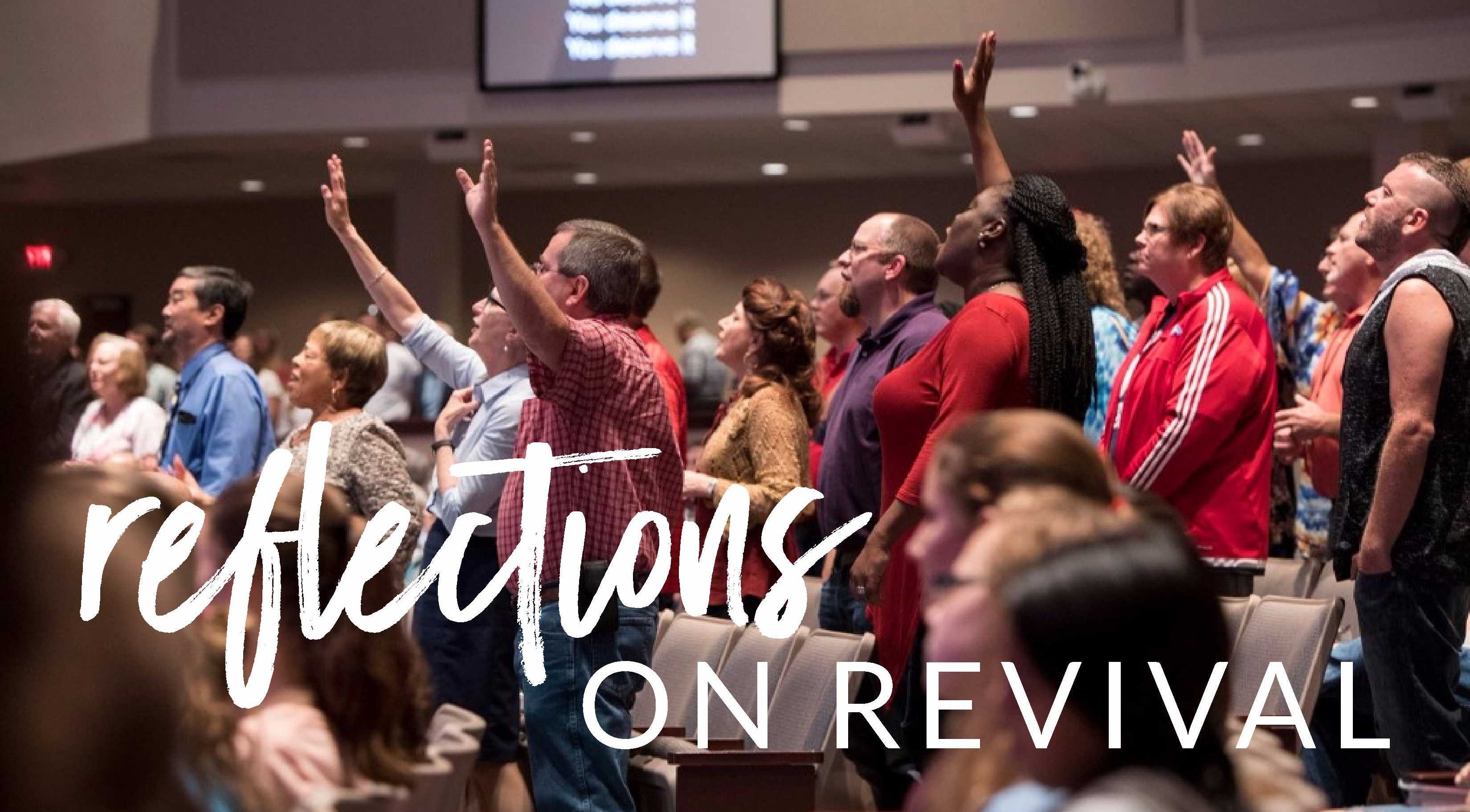 Every year since the early 2000s, we’ve watched God work during our four days of ReFRESH®. After Ron Dunn died, we began to think about pray about what we would do now that we no longer had our annual Bible Conference with him.

In looking at the decline of morals, values, decency, and ethics in our culture, it became quite obvious that we needed revival. I don’t think revival will come from the White House or Congress. I don’t think it can be legislated or even orchestrated. We can, however, pray and seek God as His people.

Revival is a church matter. When revival comes, the climate and the culture will change. It could change locally, regionally, or even nationally. But the key is that the church has to lead the way. We can’t point fingers at the culture and live compromised Christian lives.

A revival is a work of God’s spirit among God’s people. The lost are never told to seek God for revival; the saints are. Revival is God rending the heavens and coming down on His people. It is an awareness that adjustments need to be made. Priorities need to be changed. Choices are called for. Repentance is expected. Restoration is necessary.

Do we need revival? After all, we are in one of the greatest seasons of blessing we’ve ever known. What’s the big deal? It’s just a meeting, right? It is just a meeting…but it’s so much more. This year, God made a tapestry out of the messages. Each message built on the other messages, and God spoke to our hearts on multiple levels. I know we are all busy, but God blessed each person who took time out of their busy schedule to make ReFRESH® a priority. Seeking God isn’t a sporadic thing; it’s an essential issue for the believer.

Revival is a new beginning. We’ve just begun a new school year. In 2017, we’ve had more than our fair share of challenges with natural disasters, yet God has been faithful. There’s no better time to ask God for revival than now.

Revival is needed and should be sought when:
• There is something missing in your Christian life
• You are serving God more and enjoying it less
• You’ve grown weary in well-doing
• You are burdened because some of your prayers don=t seem to have an answer
• There seems to be a gap between you and your heavenly Father
• You realize that the devil is out to destroy your family and your children
• There are no other answers for our community
• The future seems uncertain with all the terrorism and violence in the world
• Your prayer life needs a spark

The cloud of blessing is moving off America. Christianity is exploding in third world countries. It is prospering on other continents. Here in the land of freedom of religion, we take our religion for granted. We write “In God We Trust” on our money, but He’s the last resort, not the first option. Whatever we do in these next few years will determine the kind of country, church, and future we leave to our children.

Just look at how quickly we’ve fallen in the last fifty years. The pace of paganism is cancerous. It devours and destroys. We can’t afford to sit and sing “In the sweet by and by” when we are headed down the slippery slope.

Revival is in many ways atmospheric. It can’t be explained, it has to be experienced.

“Revival is not some emotion or worked up excitement; it is an invasion from heaven that brings a conscious awareness of God.” – Stephen Olford

“The characteristic of revival is that a profound consciousness of sin is produced in many persons at the same time by an awareness of God.” – Iain H. Murray

“Revival means the work of God restoring to a…church, in a manner out of the ordinary, those standards which the New Testament sets forth as being entirely ordinary.” – J. I. Packer

“It is useless for large companies of believers to spend long hours begging God to send revival. Unless we intend to reform we may as well not pray.” – A. W. Tozer

God wants to do a MIGHTY work among us. Revival doesn’t hurt, it heals. It delivers us from self and selfishness. It renews, restores, refreshes, and revitalizes that which has become stale, old hat, and cold. Someone has said that revival makes the ideal real in the church.

John H. Armstrong writes, “I believe nothing so distinctly causes the people of God in any generation to ‘stand in awe’ as when they hear of the great works of God in awakening his people powerfully.” Our heavenly Father wants to show us His power, His glory, and His grace. We have to avail ourselves to the opportunity. We have to pray for the possibility that this could be the time, the place, the people where revival becomes reality.

Join me in continually bombarding heaven for revival, not so God will bless us, but because we so desperately need a fresh touch on our daily lives.