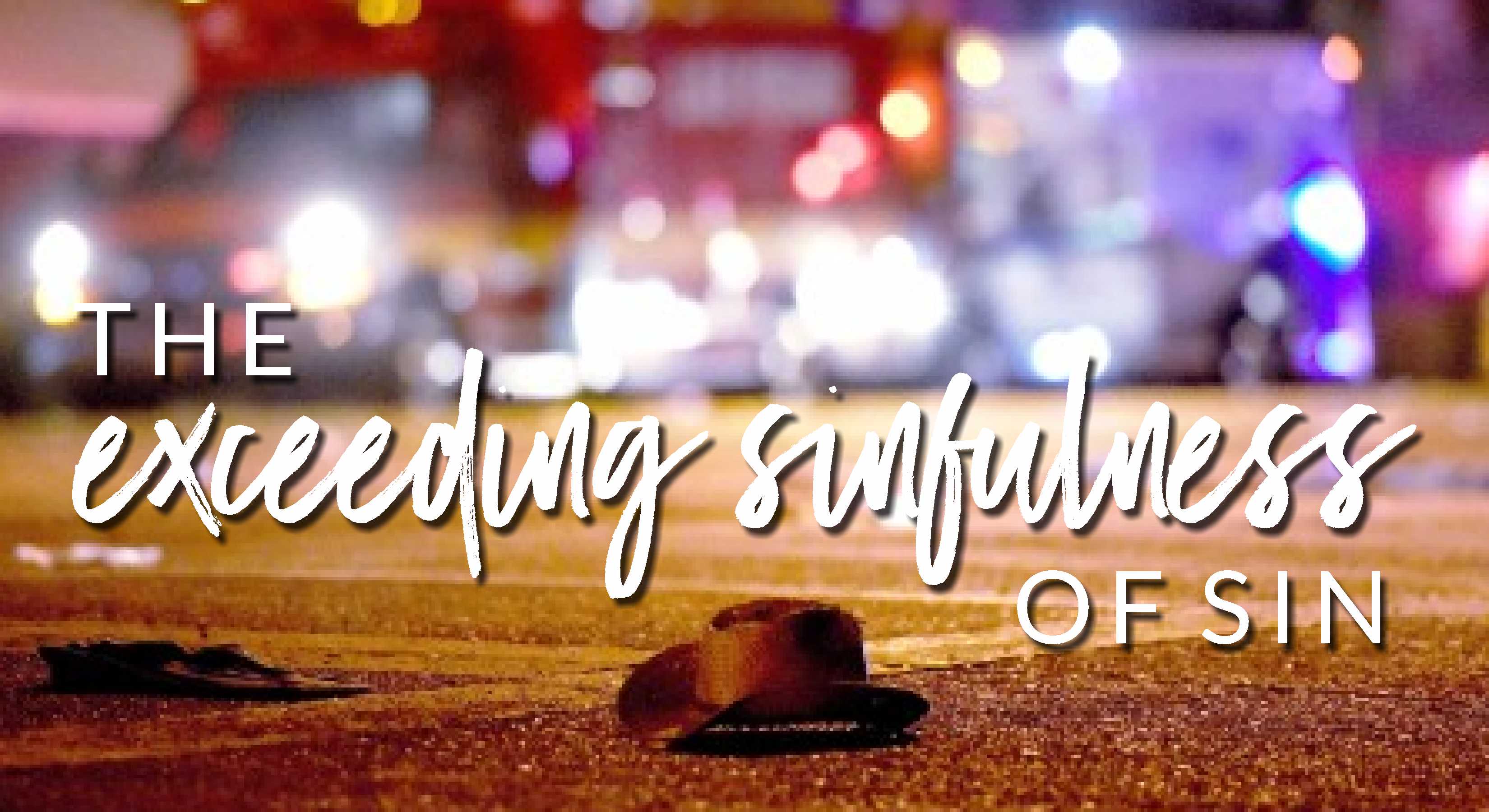 Once again, we are faced with the reality of death, hatred, and senseless acts of violence. What has happened in Las Vegas is heartbreaking. No words can describe it. No explanation can ease our minds. The total depravity of man has led to death, destruction, fear, anger, pain, and suffering.

The devil is roaming the streets of this world, mocking mankind and planting seeds of distrust, fear, and hate. It is imperative that we hit the streets with the message of hope, grace, and peace that can only come through Jesus Christ.

The environment in which we live is polluted with messages of violence, self-gratification, hatred, pointing fingers, and every person for themselves. Yet, in moments like this, we see people risking their own lives to try to help others who are suffering. In every case, we see first responders running into danger, not running from it. Too often we fail to say thank you and pray for those who put their lives on the line every day. Imagine what anarchy there would be if we had no first responders.

Sin is ugly. It’s relentless. It can’t be rectified by legislation or trying harder. The Ten Commandments are God’s simple reminder that we can’t live up to the law. The law shows us that we are all sinners. The grace of God shows us that God has made provision for all of us who are lawbreakers in our hearts.

As long as there is sin in the world, we will have terrible violence, crime, murder, riots, and destruction. The bent toward sin dates back to the Garden of Eden when Adam and Eve thought they knew better than God. They were suckers for Satan’s suggestions and after all these millennia, we are still suckers for his lies.

The prevalence of violence in our world can easily lead to living in fear. The Greek word for fear is “phobos.” The dictionary lists over 700 different kinds of phobias. Even for those of us who love Jesus, fear can be a reality. Whether consciously or subconsciously, we fear losing our health, retirement fund, friends, family members, and even death itself. The devil operates in the realm of fear, but God has not given us a spirit of fear.

I grew up in an age where my grandparents didn’t lock their doors. You left your cars unlocked. You didn’t put a lock on the school locker. All that has changed. Now we have security systems, cameras, and double deadbolts.

At this moment, it seems apparent that nothing could have stopped this hateful act of violence. It appears he was a lone wolf with no previous record. More details may come out, but at this point, the only explanation is depravity with an automatic rifle killing innocent people enjoying a concert.

First of all, don’t let fear overtake you. Don’t let panic have power in your life. Most of what happens in life is beyond our control. But we are to live life. Ask God to give you courage. Someone has said, “Courage is fear that has said its prayers.”

Secondly, pray for the families of those impacted by this sinful act. Pray for the churches, pastors, and believers who will seek to be the hands and feet of Jesus in the coming days and weeks. We’ve done two ReFRESH® Conferences in Las Vegas, and we have friends in that city. Pray for grace and strength as they minister to the city where God has planted them.

Thirdly, pray for revival in our land. If you study the history of revival, they often came at times of great hatred, violence, and even times of anarchy. Revival saved England from a fate similar to France during the French Revolution. Revival has a social and societal impact.

Next, pray for this next generation. They are being raised in a world with 24/7 access to images of death and violent crimes. They are losing their innocence far too soon. Protect and pray for your kids.

Finally, and I don’t want to in any way sound like I’m throwing out a “Jesus juke” here, but remember that Jesus is still on the throne. He went through the most violent murder in all of humanity. The only sinless man to ever die. The only sinless man to ever die for others’ sins. God allowed the exceeding sinfulness of sin to be borne by His Son on a cross two thousand years ago. His death is our only hope of life abundant and eternal.

This week, tell someone who wonders why and how something like this could happen that Jesus loves them. When they ask, “If God is love, why did He let this happen?” a simple answer is, “The God of love let His only Son die so that sinners like you and me could be set free from the laws of sin and death.” The only answer to sin is a sinless Savior. The question they are asking has no simple answer. Suffering, death, and hatred are a result of the fall.

But by His death, Jesus has triumphed over it all. And someone needs to hear that truth today.